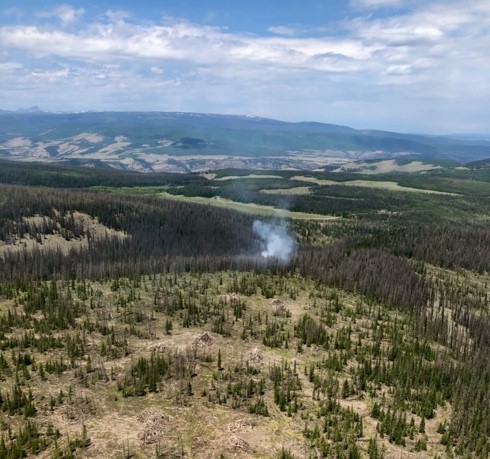 The fire is approximately 1 acre with moderate to high spread potential, burning in dead and down spruce beetle-kill timber on steep terrain. Approximately 10 firefighters are working to suppress the fire and are assisted by one Type II helicopter. It is zero percent contained as of 2:00 p.m. No additional resources have been ordered. Currently, there are no structures threatened. The Cebolla trail and Forest Road 790 remain open; however, visitors are asked to be aware of fire traffic and avoid the area.
Firefighter and public safety are the priorities on this incident.