As of 3:00 p.m., Thursday, June 24, the Groundhog Park fire is being held at approximately two acres. The location has been updated to two miles south of Los Pinos Pass off Forest Service Road 790 in the Los Pinos drainage on the Grand Mesa, Uncompahgre and Gunnison (GMUG) National Forests, Saguache County.

Fire fighters are making slow, but aggressive progress in suppressing this fire due to dangerous, heavy dead and down spruce beetle-kill timber and steep terrain. Approximately 10 firefighters are working to fully suppress the fire and are assisted by one Type II helicopter. A 10-person crew has been ordered and is in route. It is 0 percent contained as of 3:00 p.m., with no estimate of full containment. The fire did receive a small amount of precipitation last night. Currently, there are no structures threatened. The Cebolla trail and Forest Road 790 remain open; however, visitors are asked to be aware of fire traffic and avoid the area.

Firefighter and public safety remain the priorities on this incident. 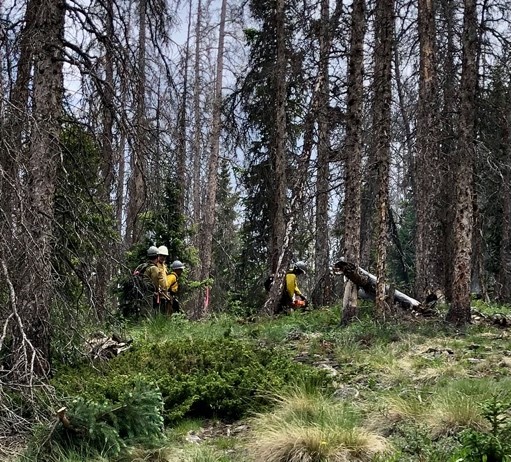 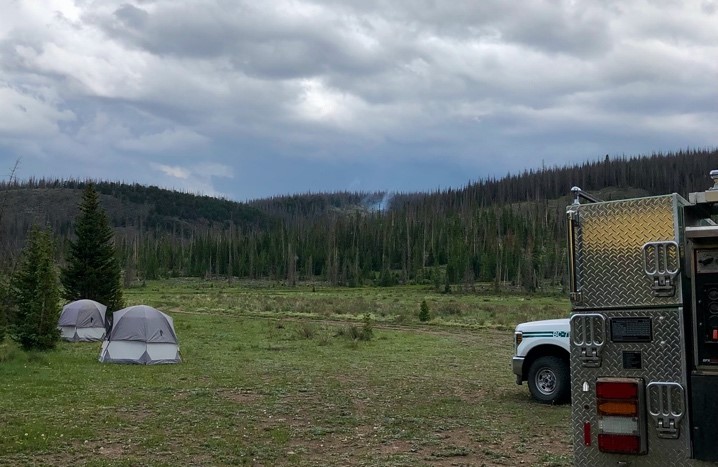