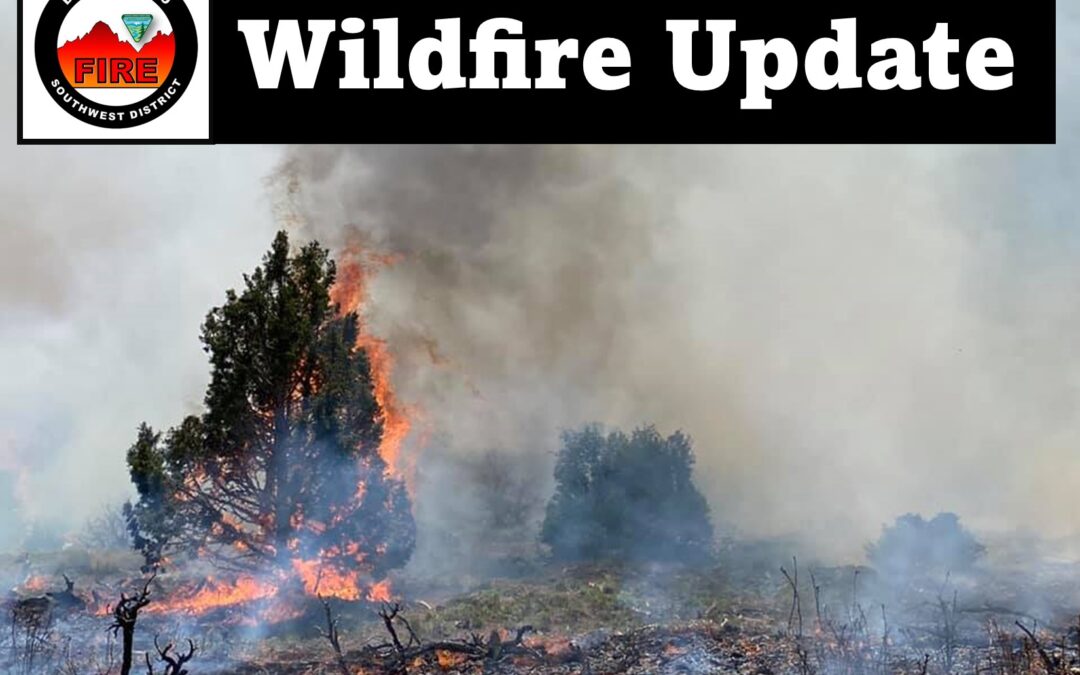 MONTROSE, Colo. – Fire crews from the Bureau of Land Management (BLM) Southwest District Colorado and Color Country District Utah are actively suppressing the Wray Mesa fire, which was detected on June 25, approximately 26 miles west of Naturita in Montrose County, Colorado. At 43 acres, the fire is the largest of eleven fires started by lightning this weekend on public lands managed by the BLM in Colorado.

On scene are three engine crews, two from the BLM and one from the Forest Service. Together they are on the ground with the San Juan Interagency Hotshot Crew. Dropping buckets of water from the air are two helicopters, one from Color Country BLM and the other from the Colorado Division of Fire Prevention and Control.

“We intend to engage it directly in coordination with air support and available ground resources,” said Southwest District Fire Management Officer Brandon Lewis. “At this stage, our team is actively working to suppress the Wray Mesa fire and keep it as small as possible.”

No structures have been threatened or damaged by the Wray Mesa fire, and the primary fuels are ponderosa pine with a pinyon and juniper understory. Isolated showers with gusty afternoon winds are forecast in the area for Sunday, with a return to showers and lightning storms beginning midweek.

The BLM urges the public to enjoy their time outdoors and the many recreation opportunities our public lands offer, but also to be attentive and report wildfires immediately. Early reporting means fires can be extinguished when they are small, making firefighters’ jobs easier and safer.

Please continue to report all wildfires immediately to the Montrose Fire Dispatch Center (CO) at 970-249-1010 or 911.

For more information on the Wray Mesa fire, contact Shawn Reinhardt at (970) 210-3837 or sreinhardt@blm.gov@blm.gov.

The BLM manages more than 245 million acres of public land located primarily in 11 Western states, including Alaska. The BLM also administers 700 million acres of sub-surface mineral estate throughout the nation. The agency’s mission is to sustain the health, diversity, and productivity of America’s public lands for the use and enjoyment of present and future generations. Diverse activities authorized on these lands generated $111 billion in economic output across the country in fiscal year 2020—more than any other agency in the Department of the Interior. These activities supported more than 498,000 jobs.